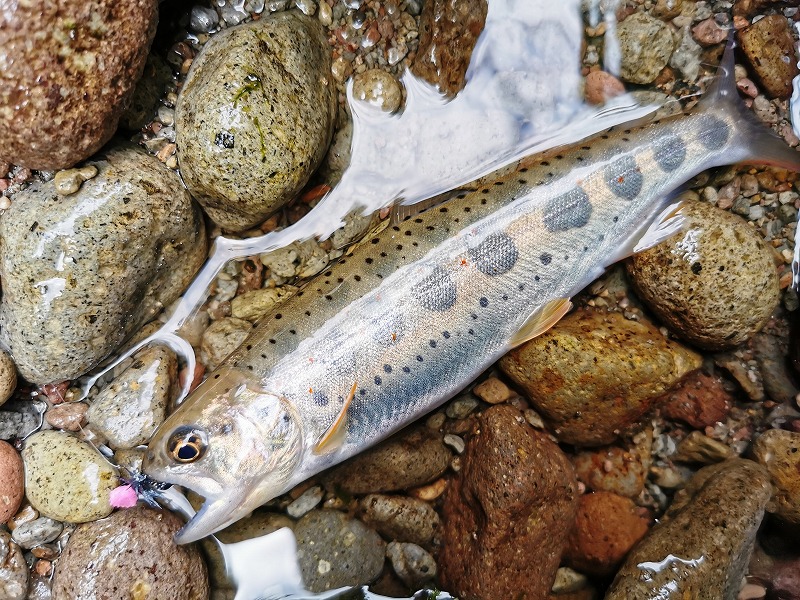 Instead of a full day’s work, I spent half a day in search of a new fishing field.
A summary of a casual fishing trip…
On Sunday, July 5, 2020, we left Maniwa Base Camp (another name for the apartment) at 5:30 am.
The second time this year in the territory of AKG (Asahikawa North Fisheries Cooperative).
To begin with, I didn’t know where I were after got off the freeway.
I put it in the navigation system, but it didn’t arrive.
I started fishing just before 8:00 am.
The weather was clear during the rainy season. There is not much water.
Again, with a dry dropper system.
Once after 8 o’clock, something came in the so-called “shoulder” spot.
It escaped immediately, but it was “whitish”, so I think it was an amago.
I got the impression that rainbow trout eat a little more slowly and gingerly.
After that, I had a couple of attacks at some points, but I didn’t get on.
After that, I wandered around in the vicinity, and withdrew from the rapids scattered with large rocks in the midstream of the mainstream.
Rumor has it that big rainbow trout have been gathering in the gully under the weir upstream.
The first time I went there, I didn’t know where it was.
When the sun comes up, ayu-fish fishermen come in.
I gave up and went to a branch of the river.
I was shown around once in early spring, but I don’t remember much about it.
As this is a new area for this season,
I can’t get a sense of the distance from where it’s coming from …
The memory of the place that brought me here once comes back in fragments.
There’s not much water flow over the big weir.
All the areas where big fish can’t even hide.
I managed to get down to the river on the way.
I believe that it is about 5 cm in length and born this year.
The impression of natural reproduction.
The dry dropper system with my nymph and dry fly was discontinued immediately.
It is too shallow, and the nymphs are caught by the bottom.
I made the fly smaller and smaller, and changed it to Ant 16.
Finally, one of them was about 18 cm long (photo).

He came again, but escaped in the middle.
Impressions: very nervous coming out . Is it because of the drought?

Well, I went the first big rapids in the middle of the main river,
and, I was guided only once to a tributary stream, which is a tributary of the anime “Attack on Titan”.
A sort of survey corps, or a map-making expedition.
I got the gist of it.
From now on, I will call it a “research fishing trip”.

On the way back, perhaps, a raccoon dog was walking along the side of the road. In the mountains, it’s common. 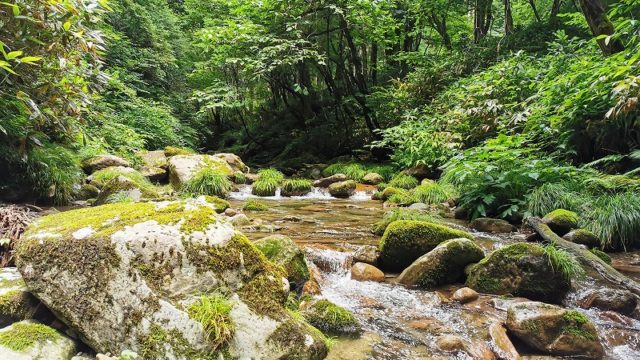 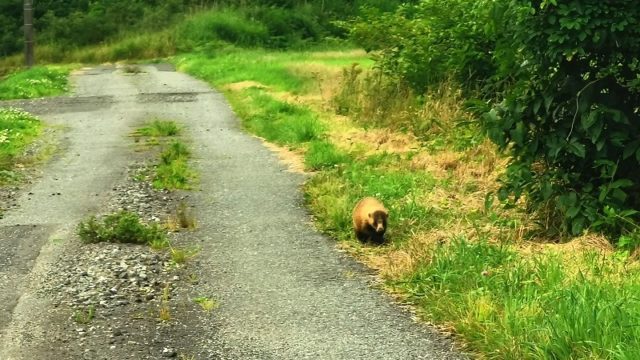 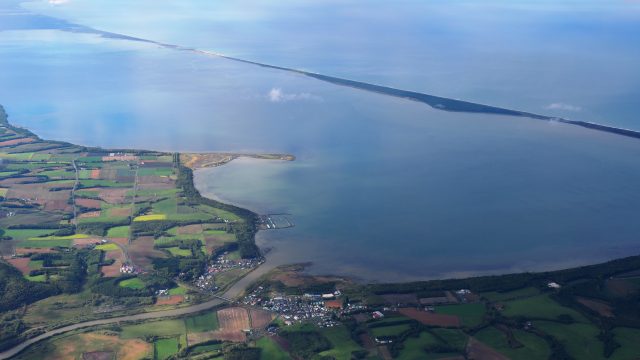 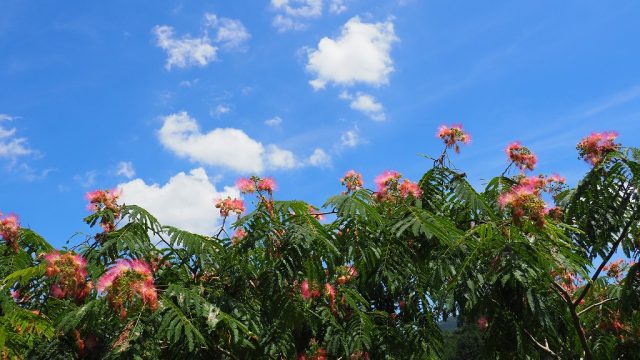 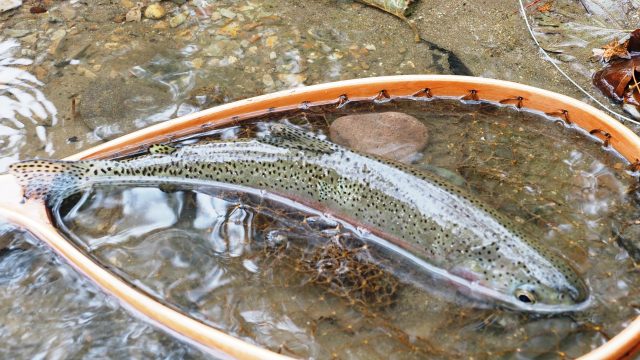 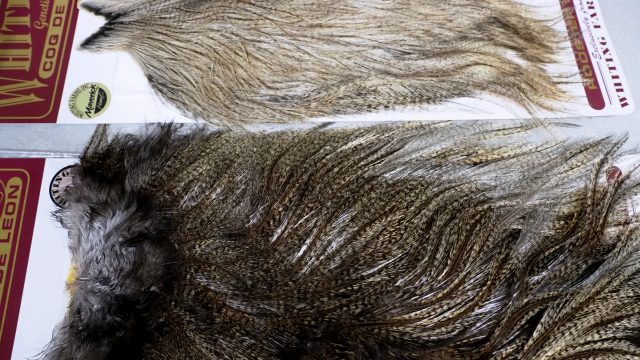 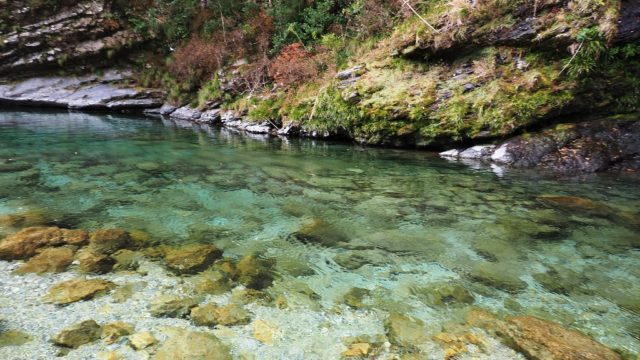 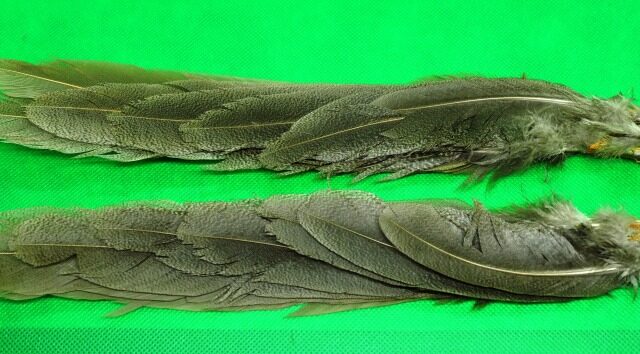